Skip to content
I’m a chocolate person. Why would I ever choose a fruit dessert if I can pick chocolate cake, mousse, well, chocolate anything? I do have a weakness for cobbler in winter and Key Lime pie anytime, though. Back when I was young at my first job, my very first boss and I had a business trip in Florida. She made me have Key Lime pie at every meal. What a demanding boss! At 22, it was easy to do, too.

Since I was in the Keys, I felt like it was my duty to sample the goods and find the best. I’ve had Key Lime pie discussions with the girls when we visited Naples, FL. And I think we had the Publix one which was delicious.

The secret to these pies is using actual key limes, not the Persian variety you may be familiar with in the grocery store. They tend to be more perishable, a little tart, and definitely more aromatic. And they are prominent in the Key area.

So our first stop was actually in Key West, where we spent Sunday post wedding. Apparently, the Blond Giraffe is shut down for non payment of rent. We only discovered this after reading the sign to head around the corner to the other location. Which led us back to the original location. One big circle to discover someone wasn’t paying rent and maybe not selling enough pies? Maybe it’s coming back, it was voted the best one in Florida for 8 years.

Stop #1: Key Lime Pie Outlet, Key West
Everything in this is place is Key Lime based. We bought a slice for $3.75 to share. It was definitely lime, but had a cheesecake like consistency. It’s been awhile since I had Key Lime pie, but this didn’t seem like the texture I remembered. The woman told us this was the best because it was just Key Lime juice, condensed milk and egg yolk. There is no meringue topping on any of these (which seems to be consistent across Florida). We asked what other pies were like this and she said nothing. Lemon Meringue strikes me as a close relative? 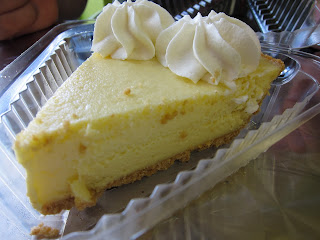 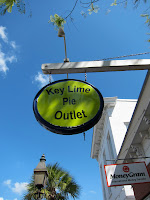 On the way back from Key West, I decided we should try the store brand…so we made a stop back in Little Torch Key.

#2: Key West Key Lime Pie Co.
A few of us had the idea to bring pie back, because T picked up 2 of these pies (there were 8 of us after all). This had the right consistency: creamy. And just the right amount of crust. It was tangy, but not too tangy.

The pies are actually pale yellow because of the color of the juice and the egg yolks. If you see them greener, it’s because someone added food coloring. 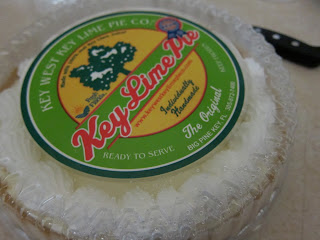 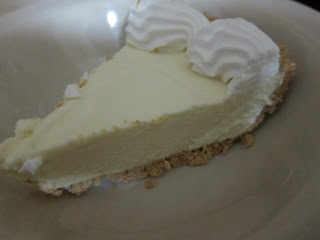 I think this was better than the Key Lime Pie Outlet, but the the crust was more prominent. 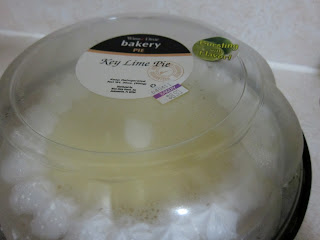 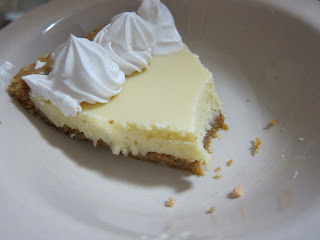 So #2 was the winner! Does anyone else out there have some must try Key Lime pies? Because I’ll have to get to those!