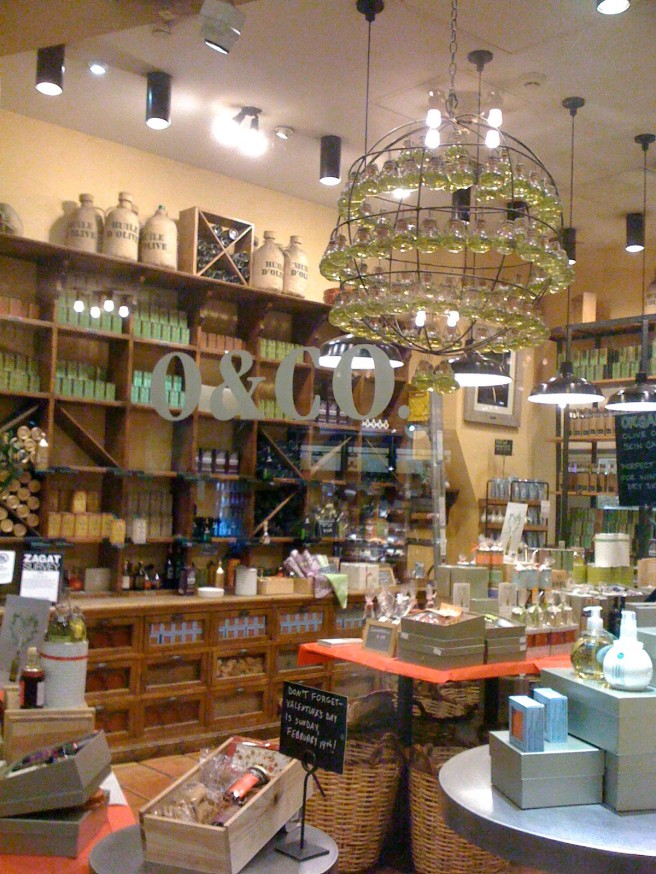 It’s nice to explore Grand Central Market on a Saturday afternoon. It’s almost peaceful compared to the commotion after work during the week. We stopped in to get a sweet treat after a tasty lunch (that post to come this week). We decided on a cream cheese brownie before walking down to Penzy’s for spices.

The next stop was O&Co (which is actually Oliviers and Co). I will admit that I’m a tad skeptical of this store. Do they really know olive oil? Is it all a gimmick to make me spend more money on expensive olive oil? So we casually asked the salesperson what’s good and what oil he buys. And I was quite surprised when he said he goes to Tuscany once a year to crush olives and brings all of his oil back with him.
Nick is a “sommelier” of oil, if there is such a designation, and he gave a full lesson on olive oil. I have to admit, it was fascinating. Olive oil should be consumed when it is “young” and only a few months after the olives have been crushed. That’s where you get the fresh, bright peppery flavor you may have tasted. Older oil is much more mellow and bland.
And olives from different regions impart different flavors. Mediterranean olives are fruity, oil from France is more buttery, and Italian oil is greener and peppery. O&Co gets oil from hundreds of places and then chooses which they will sell in their stores. And you can put in a call to them and they’ll let you know when the fresh oil has arrived.
Nick is looking to go out to California where olive oil is in its infancy, almost like wine in the 70s. Over 99.9% of oil in the US is imported, so there is clearly room to grow American olive oil. Since it takes so long to grow the plants, the idea is to transplant them from Italy. Trees over 70 years start to produce quality oil, but over 1500 years old and the trees are past their prime.
Nick is working to get his certification in olive oil in Italy, after a series of tests and tastings. I will let you all know how my next olive oil purchase from O&Co goes! The Affiorato is in stores now, but we were told that the fresher oil is coming. Sadly, it won’t be fresher than 1 1/2 months due to the shipping, but that might be just fine for our house. 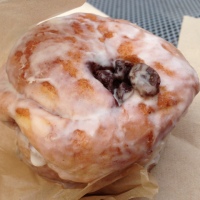