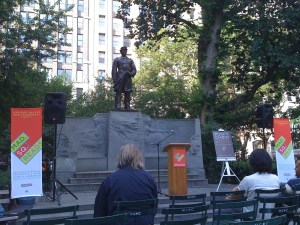 I should have posted this sooner, before the series was done!

Madison Square Park in the summer is quite nice (and right near Shake Shack, yum!) and even better if you catch Mad. Sq. Reads on Thursdays.
MB first went back in June to hear Michael Gross and William Cohan discuss “Politics & Power”. Each week features a different topic “New York Novels” to “Mystery Night”.
I ventured out last week for “Dog Days of Summer” where Bruce Goldstein read from his book “Puppy Chow is Better Than Prozac”. What I love about the readers and stories is that there is some element that connects to the city. Bruce was facing depression, pills, a failed relationship, and no hope when he got Ozzie (his black lab). But it all worked out in the end, because his wife and new little girl were in the audience supporting him. It was interesting just to hear him take Ozzie through Chelsea, and places I walk by all the time. 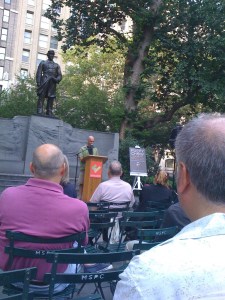 Last night was “Food as Fuel and Memory” with readings from a food critic and a farmer at the Greenmarket. After hearing Tim talk about his peppers…well, I’m going to have to go try them myself now. I had no idea you could grow Thai chilis in Pennsylvania. What I’m going to do with them, I don’t know yet. Maybe I’ll stick to his tomatoes.
Unfortunately, the series is done for the summer. But I’m a email list addict so added my name for future updates. I have to say that I might not have discovered this, or had the time to go were I fully employed. One of the little discoveries that has made this time fun in a way.
http://www.madisonsquarepark.org/programs/madsqreads.aspx
Madison Square Park Conservancy is a not-for-profit group dedicated to keeping MSP a “bright, beautiful and lovely public park.” I can’t argue with that!

One thought on “Madison Square Reads – Done for the Summer” 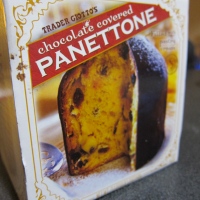 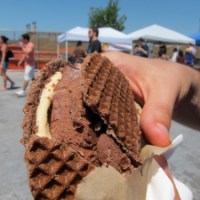