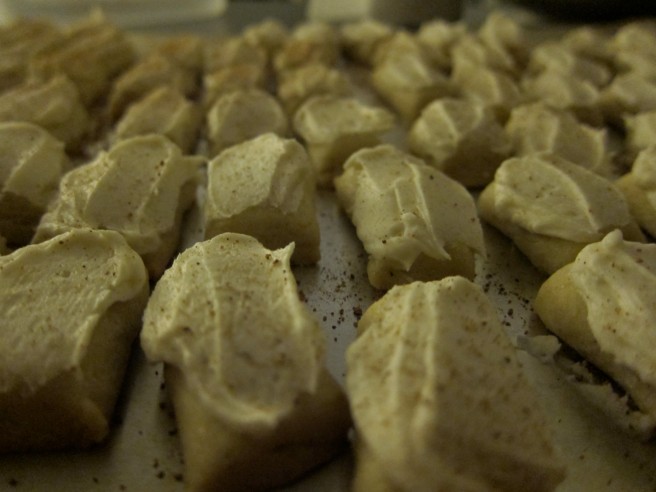 Back in October, the cookie swap sounded like a good idea!  I love to bake, why not?  It seems so much different 2 days before when I have a full day of activities Sunday and the cookies need baked an frosted.  I gave up on the chocolate dipped shortbread after I couldn’t find peppermint extract or rice flour.  So pulled out the recipe book and went to the Nutmeg Logs from mom. 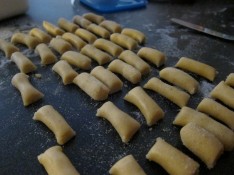 My first issue was when I was about 2 steps into the recipe and decided I didn’t just double, but tripled (and maybe more) the rum extract.  Doubling the recipe and picking up the tablespoon instead of the teaspoon might have been the cause.  But I went with it.  There was just no going back, I wasn’t about to start over.

After rolling and cutting for 3 hours.  And then some cooling, they got frosted and dusted with nutmeg.  Which is not the real recipe.  But my little grocery around the corner didn’t have sprinkles.  No red and green, no rainbow.  Not even any of that red colored sugar.  And I couldn’t go down the chocolate sprinkle route.  So I gave up and got creative.  Oh, I forgot to mention I think I doubled the extract in the frosting, too!  This actually caused me to wake up at 4 am wondering if they would be ok, or too rum tasting.  But it was too late, and they were going to the swap no matter what. 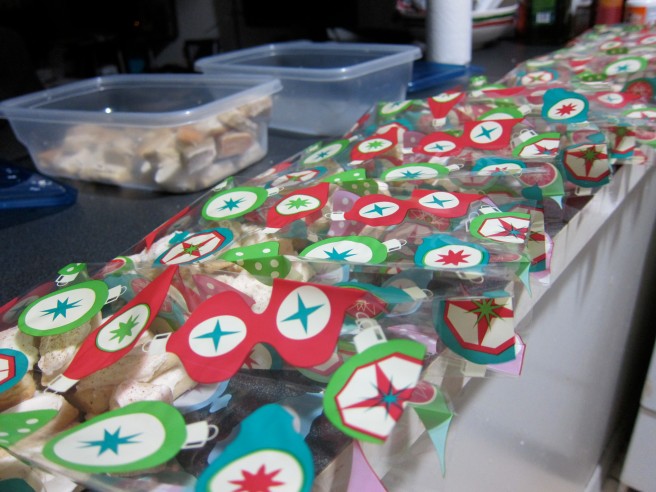 So, after a few modifications we had nutmeg logs.  Which I bagged and tied before the 6 am train out to Princeton.  I was told that the cookie vessel was also important.  Don’t forget the vessel (and I didn’t, care of the Container Store).  I actually sampled them and they reminded me of eggnog.

And I realize now what a saint my mom is.  She’s made us a bunch of cookies every year, never fail.  Brownie mounds, the almond ones, the anise ones, molasses, spice, sugar, peanut butter kisses, peanut butter oatmeal, new ones over the years.  Thank you mom! 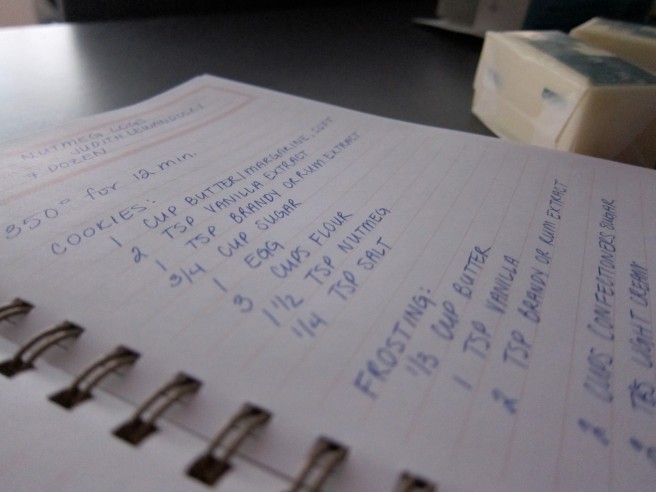 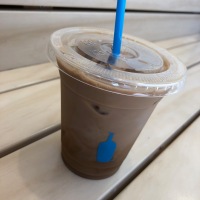 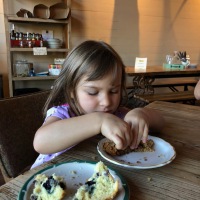 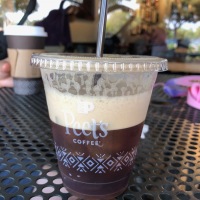 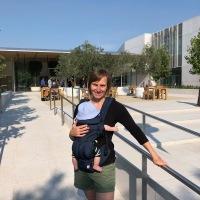 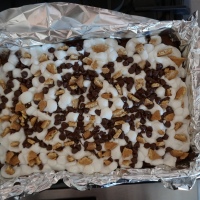